Each of us has used a laptop, tablet, or smartphone to watch a sports match, Oscars, or some other major world event that attracts millions of viewers and causes the servers to overload when "streaming" this content.

Vidict Media Server is a company of young enthusiasts from Macedonia whose main goal is to solve the problem of server overload by minimizing server usage. 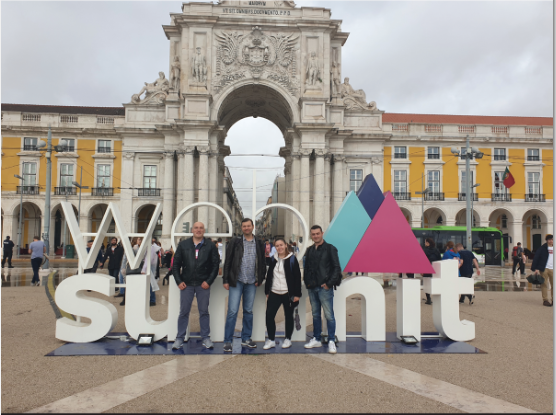 "As a legal entity, Vidict Media Server has been formally operating since November 2017. However, I had the idea of starting a company dedicated to solving the problem of server overload during popular events since 2012" said Pero Gjuzelov, founder and CEO. In 2012, he already had 5 years of programming experience in video streaming and had realized that the industry was based on server or hardware power. What this means is that the online streaming industry had to rent a certain number of servers for a certain number of viewers, but the image quality was still an issue when transmitting live events, that attracted large online audiences, for example, sports competitions. "Installing additional servers as an ad hoc solution costs money, takes time, and requires expert support. As a graduate software engineer, I was thinking of taking a different approach and try to solve the problem with the thing I know the best - programming. Instead of putting all the blame for the poor stream on excessive server traffic generated by the viewers, I focused on developing a solution that removes or at least minimizes the servers from the equation. That's how the idea of developing software based on viewer network was born." Guzelov explains to Capital.

He was later joined by Milan Raskovski, a Bachelor of Science in Computer and Software Engineering who took on the role of a Quality Assurance and Product Release Manager. With Anastasia Nikolovska recently joining the team, Vidict became the first company in this segment to develop machine learning in online live streaming. Before joining Vidict Media Server, Anastasia was part of a team of students, winning an international algorithm award that uses sensor data to detect human activities and detect crashes. Other team members include Filip Popovski and Igor Izotov. Filip is responsible for creating content and explaining the product. He has international experience in the startup ecosystem and Igor is an entrepreneurship and startup consultant, responsible for internationalizing and representing the company before investors as well as negotiating with large corporations. "I can certainly say that we are working with technology of the future, at times when Youtube and Facebook use CDN, which is an outdated solution. Hopefully, they will use our technology in the future" said Gjuzelov.

The product called Vidict Peer, is a SaaS (Software as a Service) for video streaming using peer-to-peer technology. It is something like a torrent, but for content that is being broadcasted at the moment, it happens.

"Today every one of us has most probably downloaded a movie from the internet using torrent programs like BitTorrent, uTorrent and so on. However, it is already recorded content, stored and encoded and as such it is downloaded from a computer's hard drive to another computer i.e. Peer. Vidict Peer operates on the same, peer principle, except that connecting to another tablet, mobile phone, or computer whose owner sees the same content occurs at the time the event is broadcast and the stream is downloaded. In this way, the role of the servers is minimized, thus saving up to 70% on server usage." explains Gjuzelov. He adds that owners can choose to keep the existing server structure, which thanks to Vidict's product is capable of supporting several times more viewers without additional investment in hardware. Such was the case during last year's World Cricket Championships when platforms that integrated Vidict Peer had a record number of viewers on the existing server structure.
For example, the largest number of simultaneous cricket viewers using Vidict's technology was 483,000, while President Obama's inauguration was followed by 690,000 people. "In the online streaming history this event is the first to be watched by so many people" adds Pero.
Another thing that sets apart Vidict Peer from torrent applications is the fact that anyone who wants to watch a live match on his computer, laptop, or mobile phone can do it by simply opening a browser. Clients are video websites, streaming platforms, and telecommunications companies that provide IPTV services. 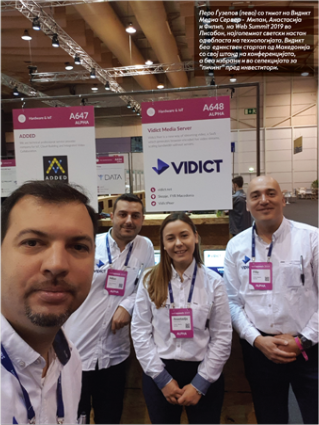 From Skeptics to Loyal Users

Vidict Media Server already has several foreign clients actively using their solution for live streaming sports matches in front of millions of online audiences in Southeast Asia, generating 7,000 TB of p2p traffic over a 12-month period, which equivalent to 3,500 years of continuous video. However, the most significant project to date is the Cricket World Cup when 393 million viewers watched video delivered with this software solution. According to the startup, the biggest challenge they faced so far was the transformation of current customers from skeptics to loyal users. This was in no way an easy task given the fact that cloud video streaming technology on Amazon (Amazon Web Service) and Microsoft (Azure) has been around for decades and although outdated it has been used by all major players in the market - Youtube, Netflix, Facebook, etc. "I said this before and I will say it again, this is the technology of the future and with the deployment of 4G, and since recently 5G it will be the leading technology in the next decade. At present, our biggest challenge is to gain access to the so-called smart money and penetrate new markets, outside Asia. When it comes to equity, our immediate competitors from the US, Israel, France, and Germany have managed to attract over $ 20 million in investment, which speaks volumes about the prospect of this technology. In contrast, we are funded from our sources, more precisely from the revenue, we generate from the sale of our products, including Vidict Peer. However, we are aware that if we want to keep up with other players we need investments, big investments," says startup founder Pero Gjuzelov. 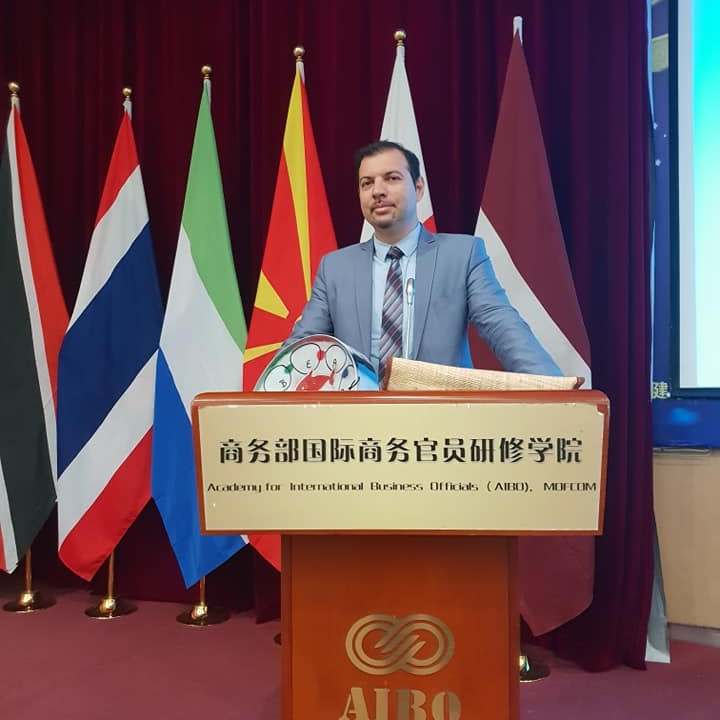 He says that Macedonia still has high-quality IT staff, with more getting trained and added to the workforce. According to him the problem for companies like Vidict, is that they are developing products virtually from scratch, and many of the programmers in the country are engaged in software development owned by foreign companies. In that case, the local input is huge, but most of the new value-generated value stays out of state. "So our decision from the beginning was to build the team by hiring staff directly from the faculties. It's not easy at all, but fortunately, we work for an industry in which young and talented developers find it interesting, much more interesting than creating outsourced solutions. At Vidict, everyone has the space to express themselves and create something of their own. For example, our developer Milan independently creates a tool to diagnose problems that occur in real-time, while Anastasia wants to implement machine learning in online streaming, something that our competition lacks."

The plans of the company for the future include the diversification of the client's portfolio with users from Europe and the United States. These include companies like Youtube, Vimeo, Dailymotion, Videomotion, but also sports teams with the capacity to stream live events. Calculations show that based on the volume of traffic these and similar sites have, the generated savings would amount to several hundred thousand dollars per day. As for the development of new products, their idea is to enable video streaming without delay, without the time lag. "Right now all systems are lagging a certain number of seconds behind the transmissions of traditional, cable TV. You can experience this when watching a game on a laptop, and you learn about the change of outcome from the shouts of the neighbors watching on a TV set. This is our next challenge, says Gjuzelov.

Originally published in the printed edition of Kapital business magazine on February 28, 2020